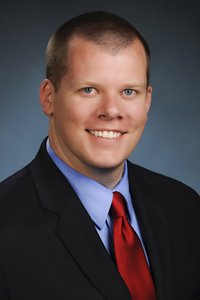 With the current media and public attention currently being paid to the issues of privacy for governments and individuals, the recent ruling that the government and police may not obtain a person’s cell phone location data without a warrant, is of significant interest. The June 11, 2014 ruling was made by the United States Court of Appeals for the Eleventh Circuit in the case of US v Davis.

The Fourth Amendment of the United States Constitution protects citizens from unlawful searches and seizures; in most situations, law enforcement is required to obtain a warrant before invading the privacy of a citizen.

However, up to this ruling, police regularly have been using the location data from cell towers to establish the location of a person’s cell phone at a particular time — and they have been using Court Orders, not warrants, to do so. Court Orders are significantly easier and quicker to obtain than Warrants, which can only be granted by a judge. Those Orders allowed police to obtain records from cell phone companies and to conduct their own surveillance of cell tower signals in the investigation of an individual who may be involved in criminal activity.

The theory behind such police activity is that by using cell tower records, you can place the person’s cell phone at a certain time near a particular scene of a crime. Since most people carry their cell phones with them most of the time, such records could help eliminate an alibi defense by that person who might be claiming to be somewhere else when the crime occurred. Cell phone location information like this could bolster the government’s case in placing a person at or near the scene of a crime they were alleged to have committed.

The downside with cell phone locationing versus a GPS locationing device installed on a individual’s automobile is that cell towers only provide a general area for where the individual and the phone were; GPS provides an exact location. However, the personal nature of cell phones, that they are usually always held or carried within the “private” space of their “owners,” was precisely the motivation of law enforcement for wanting to use their location as a more meaningful tracking than GPS would allow.

In the Davis case, the U.S. Government argued that since data from a cell phone is less precise in determining an individual’s location than a GPS tracking device on an automobile is, the use of that data is less intrusive to that person’s privacy, and thus no warrant is necessary.

That argument fell flat with the Court.

Both the GPS and the cell phone location data scenarios boil down to the reasonable expectation of privacy of a citizen. The Court dismissed the reasoning of the U.S. Government in Davis stating:

“That information obtained by an invasion of privacy may not be entirely precise does not change the calculus as to whether obtaining it was in fact an invasion of privacy…One’s cell phone, unlike an automobile, can accompany its owner anywhere. Thus, the exposure of the cell site location information can convert what would otherwise be a private event into a public one… In that sense, cell site data is more like communications data than it is like GPS information. That is, it is private in nature rather than being public data that warrants privacy protection only when its collection creates a sufficient mosaic to expose that which would otherwise be private.”

The government also argued that because the defendant made outgoing calls, he somehow voluntarily gave up his right to privacy. The concept that somehow cell phone communications are public data which would allow the government’s surveillance or capture of the location from where those communications took place, without a legal basis to do so, was addressed. Citing other Federal Court opinions and adopting their reasoning the Court stated that when a cell phone user makes a call, the only information that is voluntarily and knowingly conveyed to the phone company is the number that is dialed, and there is no indication to the user that making that call will also locate the caller,

Clearly, where there is a demonstrated need for the information the government can petition a court to issue a warrant, just like it would in any other scenario where it needed to obtain information or evidence which was not public. The decision of the Eleventh Circuit establishes boundaries in which citizens can function with their reasonable expectation of privacy protected. 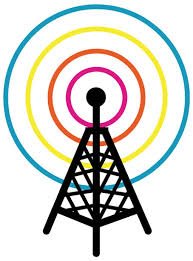 When Should I Hire a Criminal Defense Lawyer?
12th April 2021

Driving and boating under the influence: What you need to know from Sarasota Criminal Defense Lawyer Ken Poole
1st December 2016