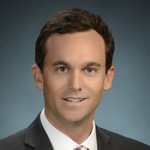 Syprett Meshad associate attorney Derek W. Eisemann and Marion Lieb, wife of Syprett Meshad founding partner M. Joseph Lieb, Jr., will represent the firm in the upcoming Joey Gratton Championshiptennis doubles tournament taking place March 20 to 22 at the Bath & Racquet Fitness Club in Sarasota. The annual tournament is presented by the Sarasota Open, and all proceeds from the event will be donated to the Boys & Girls Clubs of Sarasota County.

Syprett Meshad is a sponsor of this year’s event, and has long supported the Boys & Girls Clubs locally.   Both Mr. Eisemann and Mrs. Lieb are avid tennis players, and are keen on supporting the great work of the Boys & Girls Clubs, while enjoying friendly competition on the courts.  This is the second year Mr. Eisemann, whose practice area is concentrated on personal injury litigation, and Mrs. Lieb partnered to compete in the tournament’s mixed doubles field.

The tournament is named for Naples native Joey Gratton, a motocross and powerboat champion, as well as a nationally ranked tennis player, who died in 2011 while racing in the 31st World Championship Powerboat Races in Key West, FL . The foundation established in his name provides opportunities for children to participate in organized sports, with a focus on integrity,  teamwork, and leadership skills.

Are You Required to Wear a Motorcycle Helmet in Florida?
28th September 2018

How Soon do You Have to Visit a Doctor after a Car Accident?
20th September 2018
Blog Archive
Blog Category
Go to Top