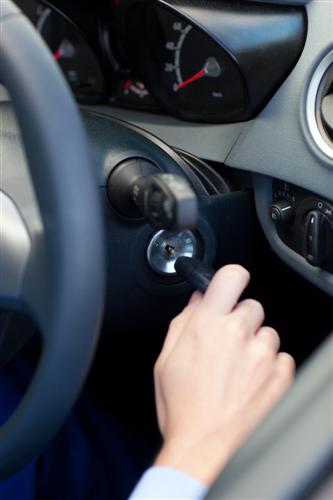 As a result of an April Supreme Court decision in the case of Navarette v. California, it is now legal for a law enforcement officer to pull a driver over based solely on an anonymous tip, even if the officer does not observe any further evidence of criminal activity prior to stopping the driver.

That may not sound too alarming, but consider the following scenario:

A girlfriend and boyfriend have a disagreement over dinner and both drive off, going their separate ways. At dinner, each had a glass of wine. After the disagreement, the boyfriend calls 911 “anonymously,” gives a description of his girlfriend’s vehicle and says she is endangering other vehicles and pedestrians, almost striking a car, running a stop sign, and driving recklessly.

Law enforcement officers are dispatched, catch up to the girlfriend in the described vehicle, observe nothing like what her boyfriend described, but stop her anyway. Smelling the one glass of wine on her breath, law enforcement detains her for a DUI investigation.

Now, it’s the anonymous tipster versus the driver. Who is the officer more likely to believe? The anonymous caller or the driver with alcohol on her breath?

It’s exactly those kinds of questions the Supreme Court is inviting with its recent opinion.

Generally, calling 911 is not considered an anonymous act. A caller’s phone number and the name and address of the person who is associated with that phone number are available to 911 operators. Only if the caller is unwilling or unable to speak with law enforcement after placing the original call is the caller considered an “anonymous tipster.”

Before the recent Supreme Court decision, for an officer to conduct a valid traffic stop based on an anonymous tip, the officer would have to make observations sufficient to justify a stop of the vehicle on his or her own—independent of the anonymous tip. The anonymous tip may have provided a general location for the vehicle, a description of the vehicle and a possible description of how the vehicle was being driven, but the officer would still have to locate the vehicle and observe something in the driving pattern which would justify a stop: either a traffic infraction or a driving pattern that, based on the officer’s training and experience, indicated the driver was possibly ill, injured or impaired. A citizen choosing not to remain anonymous could provide information to the officer that could justify stopping a suspect—the thinking being that a citizen tipster would be readily available as an eyewitness to corroborate what the officer sees.

The ability of citizens to remain anonymous is vital to the confidence of the public in feeling safe in reporting crime to law enforcement. However, the new ruling leaves no remedy for an innocent driver targeted by an anonymous tipster looking to cause trouble.

In a system where the truthful testimony of witnesses is the foundation of the justice system, relying solely on anonymous tips as just cause for vehicle stops — tips which might never be corroborated nor subjected to scrutiny by a jury or to cross-examination — is setting the stage for potential abuse.

When to Hire a Real Estate Attorney
2nd November 2020