Traditionally, mothers typically received primary custody of children after a divorce. In many instances, fathers would only get to see their kids every other weekend. This would leave many fathers in the difficult position of trying to maintain a meaningful relationship with their children as a part-time parent.

Fortunately, this trend has been changing in recent years. An increasing number of couples are agreeing to joint child custody arrangements that share parenting responsibilities much more equally. Last year, more than 20 states, including Florida, deliberated on bills that would make shared parenting the established legal norm.

While Florida’s equal child custody bill was overwhelmingly passed by the state legislature, it was vetoed by the governor. However, there is clear movement towards making this the legal standard in our state. There is a growing acknowledgement that barring extenuating circumstances such as an abusive relationship, it is in the best interest of the child to spend quality time and have a meaningful relationship with both parents. 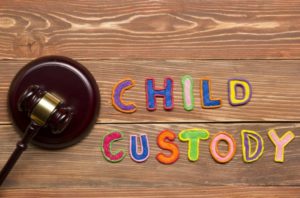 While moving toward a standard of shared parenting and more equal joint custody seems to make sense on many levels, the movement also has its detractors. There is currently an intense debate regarding this issue amongst advocates and opponents of shared parenting.

Proponents of joint custody arrangements highlight the following benefits associated with allowing both parents to be equally involved in their children’s lives:

Those who oppose this movement towards shared parenting have made the following arguments in support of their views:

There will always be couples who are unable to agree on how to resolve the important issues in their divorce. In these situations, a contentious contested divorce that must be settled in court is inevitable. However, there is a growing acknowledgement that this isn’t the best way to resolve a divorce, and an increasing number of couples are pursuing more amicable approaches.

Divorce mediation is an ideal alternative if both spouses can work together amicably to resolve the issues in their divorce with the help of a neutral third-party mediator. Collaborative divorce is another option that is similar to mediation, but both spouses are represented by an attorney in this process. Both of these approaches involve working together amicably to settle the divorce without the need for court intervention.

The movement towards joint custody and shared parenting will hopefully encourage a larger number of couples to try to resolve their divorce using one of these amicable approaches before they rush into court. Shared parenting will require both spouses to work together closely on parenting issues after the divorce, and mediation can help create a framework for this future collaboration.

The divorce lawyers at Syprett Meshad have been helping individuals in the Sarasota area with divorce matters for over 50 years. We know the complex laws that apply to these cases, and we can help you craft a child custody agreement that will allow both parents to maintain a meaningful role in your children’s lives. Ultimately, this will be what is best for your kids as they adjust to post-divorce life.

Please contact Syprett Meshad using the form on this page or call 941-365-7171 today to schedule a consultation. We serve clients in Sarasota, Bradenton and the surrounding areas of Florida.

Who Gets Pets Custody after a Divorce in Florida?
30th October 2018
Blog Archive
Blog Category
Go to Top