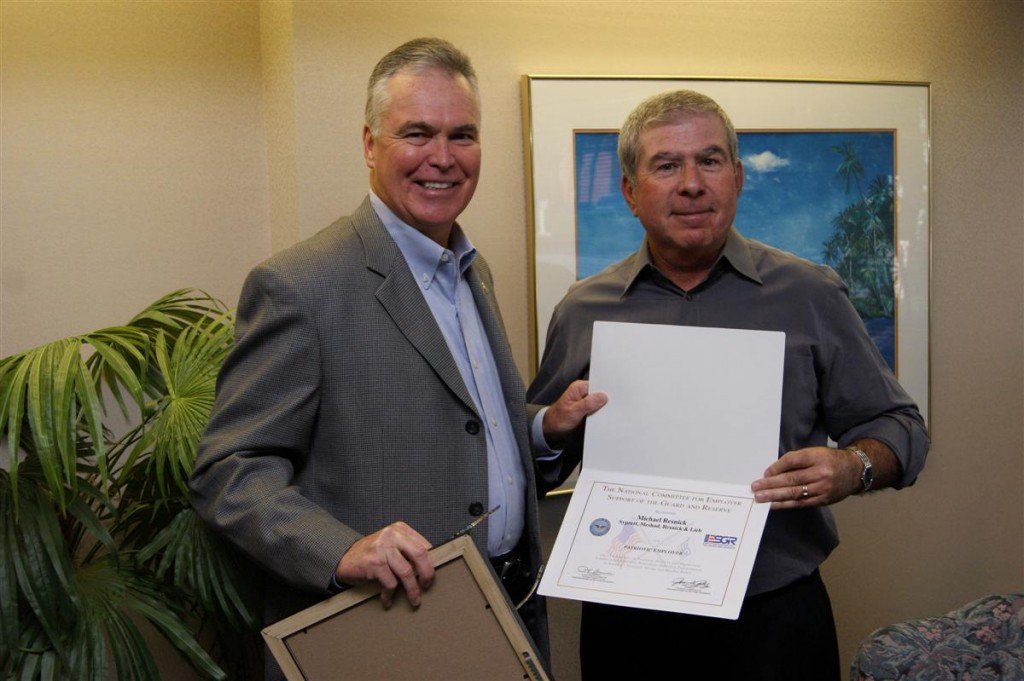 State Representative Ron Reagan, on behalf of Employer Support of the Guard and Reserve, presents Michael L. Resnick with the Patriotic Employer award for contributing to national security and protecting liberty and freedom by supporting employee participation in America’s National Guard and Reserve Force. The Firm also received “Above and Beyond” award for their extraordinary support to their employee who was called to active duty. Major Ted Martin was deployed to the Near East for the second time.