Florida’s minimum wage is going up: What you need to know

Florida’s minimum wage is going up: What you need to know 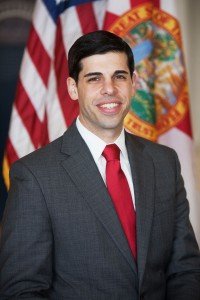 On Jan. 1, Florida’s minimum wage will rise from $7.93 to $8.05 per hour, an increase that is the result of a state constitutional amendment passed in 2004 that instructs the state to adjust its rate to keep pace with cost-of-living increases. Florida recalculates its rate each Sept. 30, basing its numbers on the Consumer Price Index. The rate for tipped employees will rise from $4.91 to $5.03 an hour.

It’s important for employers to understand their obligations. Employers may not retaliate against an employee for exercising his or her right to receive the new minimum wage, and employees may file complaints about employer noncompliance. An employer found to be intentionally violating the new minimum wage rules may be fined up to $1,000 and is vulnerable to civil action by the attorney general.

Florida is one of 20 states increasing their minimum wage Jan. 1. According to a study cited by the Pensacola News Journal, the increased consumer spending generated by the increase will boost economic growth by $38.7 million in Florida alone.