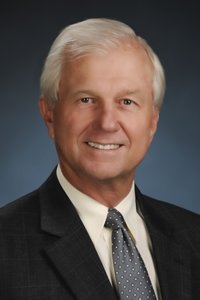 M. Joseph Lieb, Jr. was born and raised in Sarasota, Florida. He received his Bachelor of Arts degree in Political Science in 1973 and his Juris Doctorate at Mercer University in Macon, Georgia. Following his graduation from law school in 1976, Mr. Lieb returned to Sarasota where he was admitted to the Florida Bar and was one of the original four partners to form Syprett, Meshad, Resnick & Lieb, the current firm’s predecessor.

Mr. Lieb practices in the areas of personal injury, wrongful death and medical malpractice. He is also a certified circuit court mediator and has mediated over 3,000 personal injury cases on the west coast of Florida. This, along with his prior experience as defense counsel for a number of large insurance companies, provides Mr. Lieb with special insight and skills for effectively representing his personal injury clients.

During his career with the firm Mr. Lieb has served on the Twelfth Judicial Circuit Grievance Committee of the Florida Bar as well as the Board of Directors of the Sarasota County Bar Association. Mr. Lieb is a founding member of both the John M. Scheb American Inn of Court and the Sarasota Bradenton Chapter of Abota.

Mr. Lieb is a member of the Florida Bar, the Academy of Florida Trial Lawyers, the American Bar Association and the Association of Trial Lawyers of America. He has an “AV” rating by Martindale Hubbell and is licensed to practice before all Florida State Courts as well as the United States District Court for the Middle District of Florida and the United States Supreme Court.